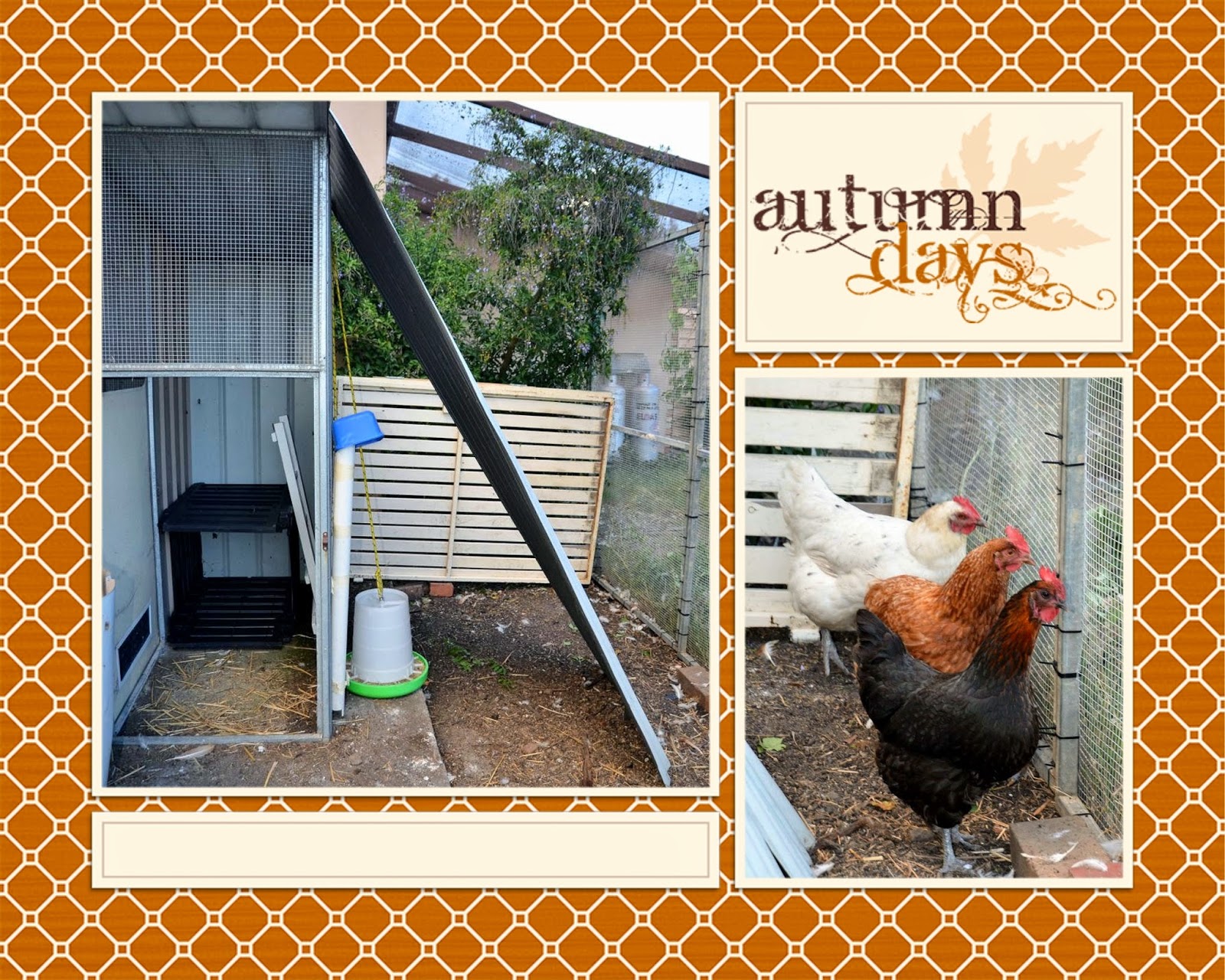 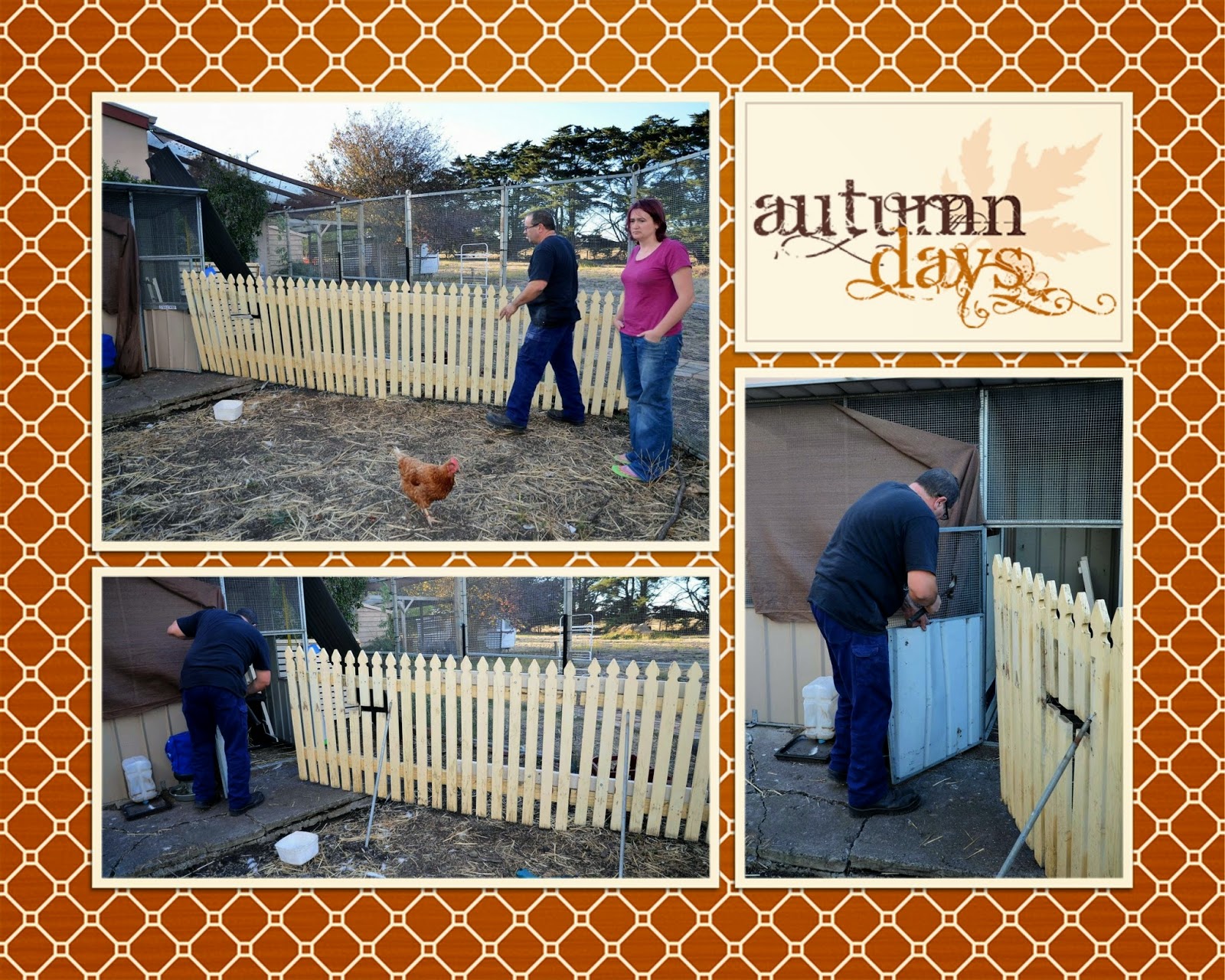 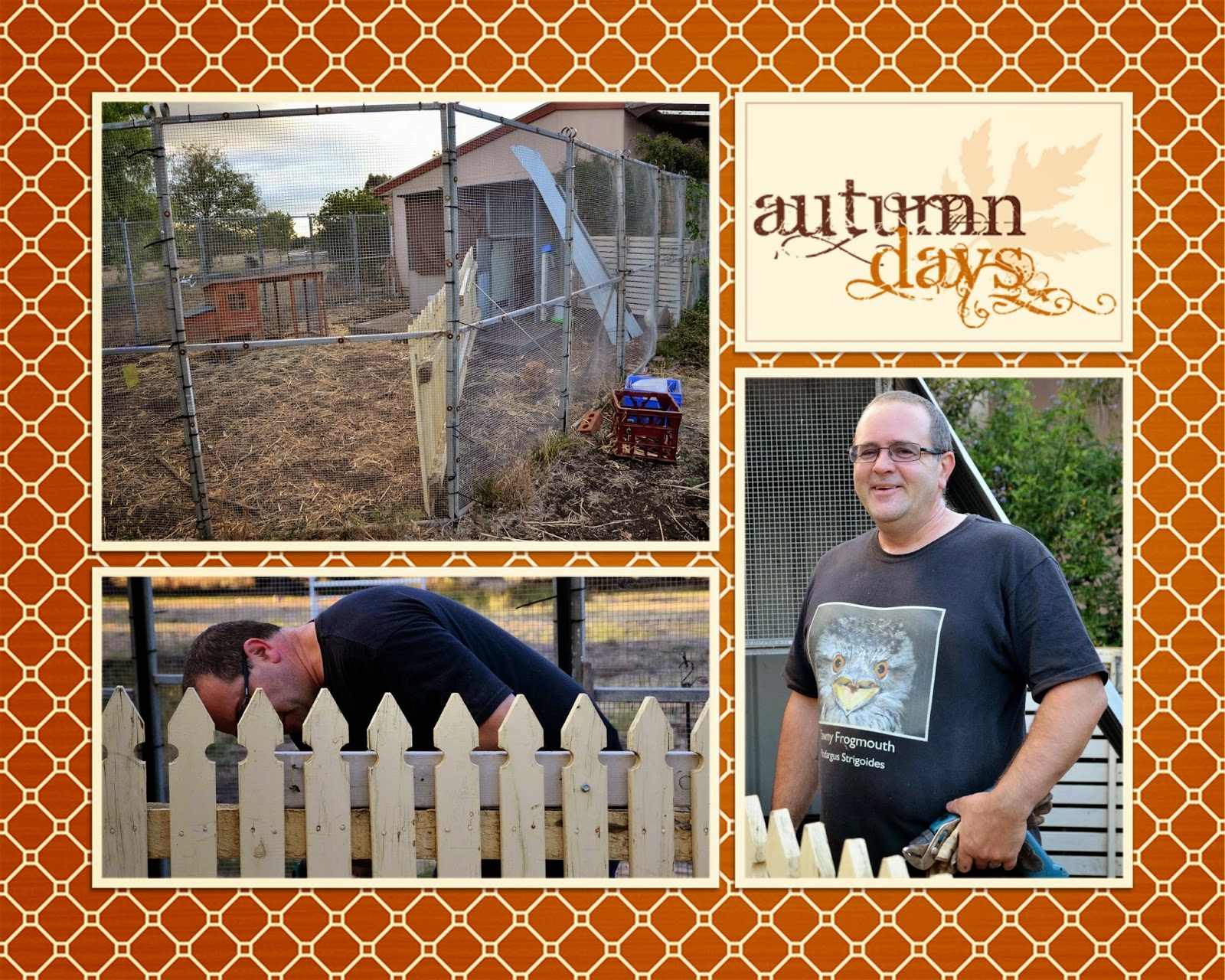 If at first you don't succeed, try again!

Given the chest-rub didn't have the desired effect, I did more online research about flock integration, pecking order and bullying.

Something I read suggested that rather than excluding the pecked birds, the bullies should segregated for a two-week period and then re-introduced one at a time to the rest of flock. The separation period sets them back in the pecking order and hopefully results in a much happier chook community. So that's Plan B.

In the current set-up, beneath the tree is a favoured resting place for the chookies.  It seemed to me that the mean girls shouldn't have access to the prime spot in the yard - so I pruned the tree, which allowed Erin and I to barricade the area.

We worked during the day to thoroughly clean the existing chook-house and section off part of the old aviary as temporary quarters for the "sin bin".

During the evening, Nick organised the paling fence to divide the yard into two sections.  The smaller "sin bin" and the much larger area (with access to the tree).  The aviary door provides a small gate to the bigger area - which is neat.

We'll need to do some more work tomorrow as the "sin bin" isn't fully secure.  When we checked that all the girls were in bed, they were - but not where they were supposed to be.  Five were in the normal chook- house with Nagambie outside.

Erin and Vaughan helped me rearrange the girls.  Mrs Floosit, Judge Judge, Shadow and Obsidian were all relocated to the aviary.  Nagambie and Pooh II have a nesting box each in the chook-house.   We'll check on them on in the morning.  I'm hoping Nagambie and Pooh II will become friends, united by adversity and take on the larger area as theirs.  After a significant break the mean girls will be reintroduced, one by one, into the larger area - but will have lost their status, so hopefully will behave much better.

I was at the library this afternoon and borrowed several chook books.  There are other tips for introducing birds and I'll be using those also.
Posted by Happy Hamby Campers at 23:50