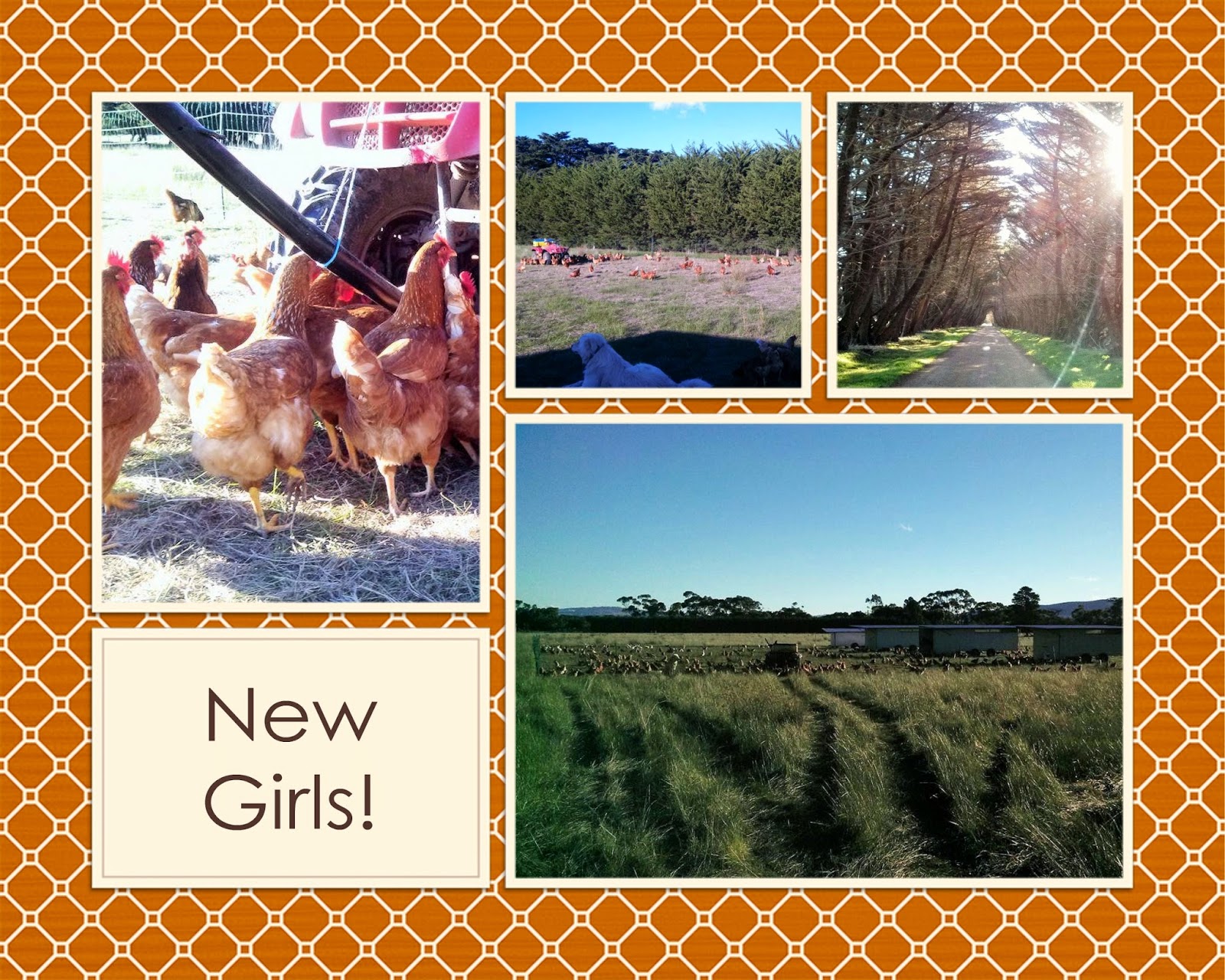 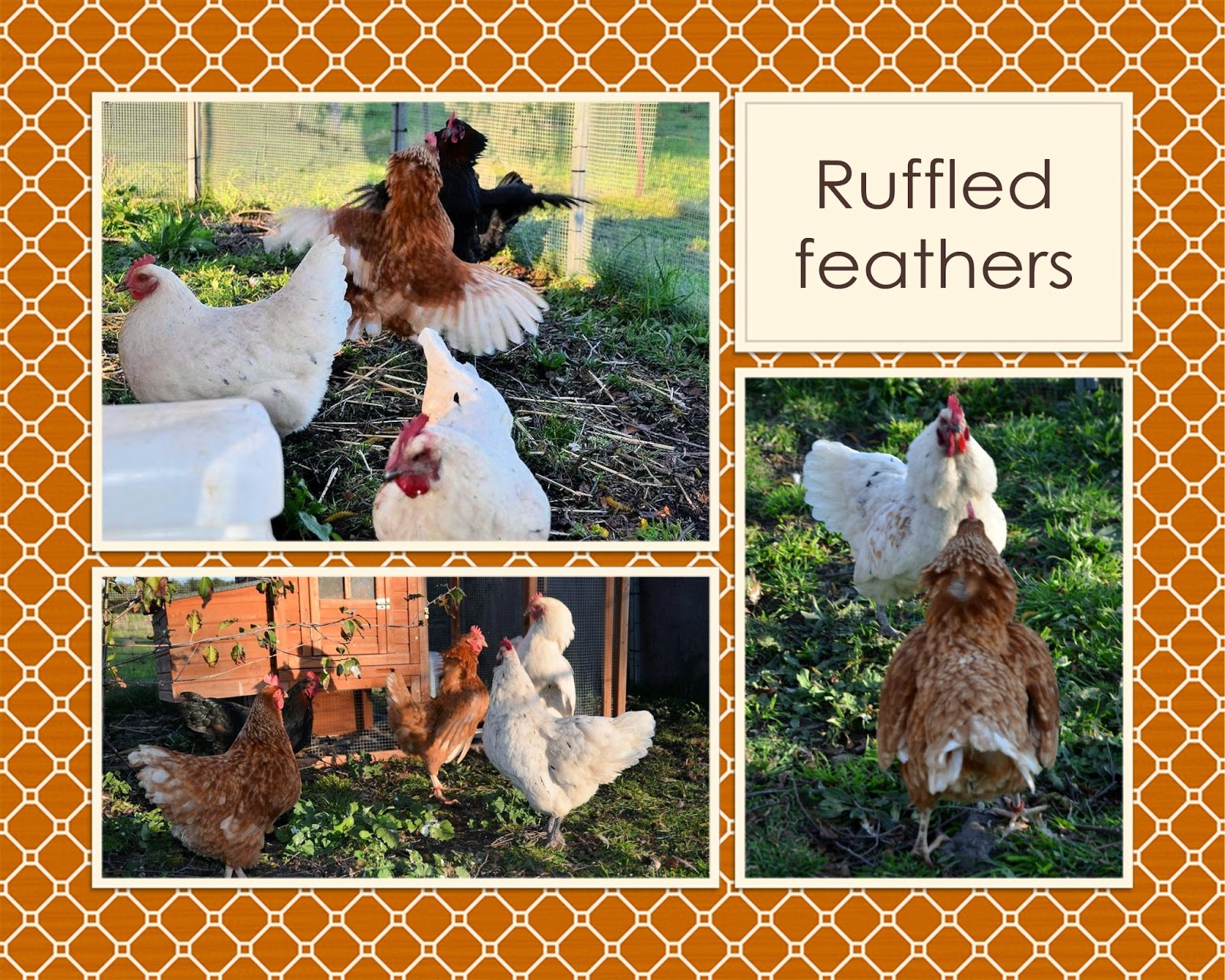 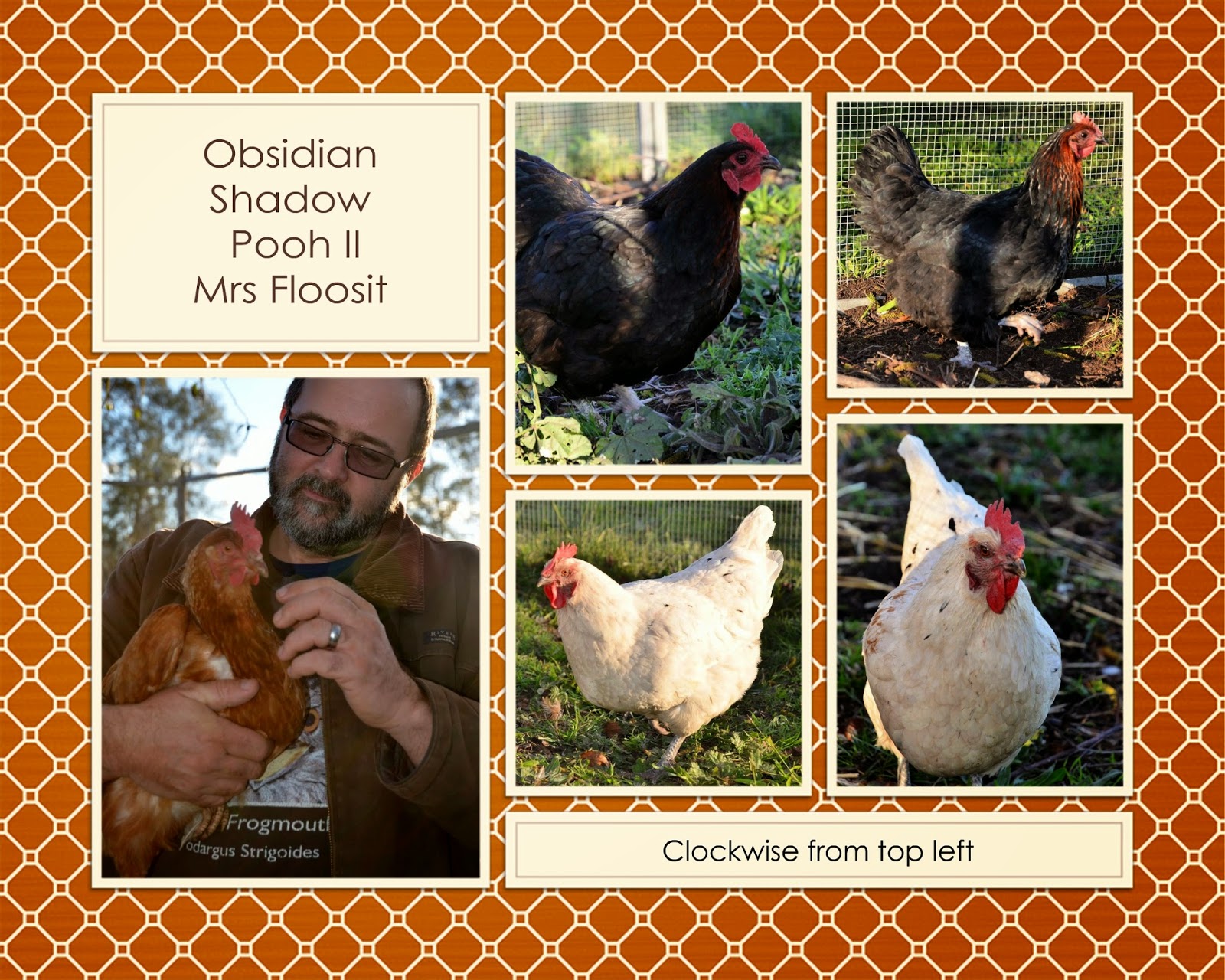 Our original four girls were gifts, retirees from Seven Hills Organic Farm.  Prior to moving here they lived on a five-acre lot with fox-proof fence and a guard dog.  It was definitely chook heaven!

We weren't able to match that standard of accommodation but our chookies are/were definitely well-loved.  (Sadly, late last year Pooh Chicken and Princess Fiona died, both of natural causes).

We talked about getting more company for Jo and Judge Judy but there didn't seem much point doing so before our extended Yowah holiday.  We've been home since May though and it's definitely colder, so I wondered if they would appreciate extra friends to huddle with at night.

I was scrolling through my FaceBook newsfeed on Sunday night and spotted a photo post from Hollyburton Farm - "Got some sweet old girls that need to be moved on to retirement homes they will lay all spring but they are only laying a little at the moment. Anyone keen? $5 each to good homes!

Not surprisingly the troops were keen, so I sent a FB message and followed up with a phone call this morning.  I requested three chooks and asked for black and white when offered a colour choice.

We collected our new girls after school.  At some point in the afternoon, I decided two black and two white chooks would be a better option - and then we could have nicely organised colours!

Madelaine was happy to round up an extra retiree and showed us the area where one of her huge flocks roam, watched over her Maremma sheepdog, Billy.

It was late afternoon when we unpacked the new arrivals into the yard with Judge Judy and Jo.  Our original girls were not impressed and it is fair to say there were some ruffled feathers!  A pecking order was quickly established and though there was a bit of a stand-off at bedtime, all seemed reasonably happy to be at fairly close quarters in the roosting area (after some prompting)!
Posted by Happy Hamby Campers at 20:30