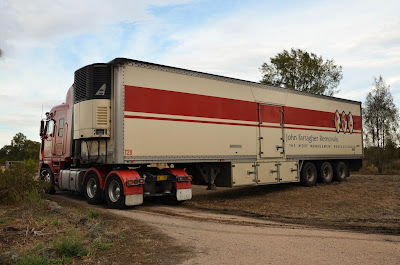 When I started my first blog "Happy Hamby Campers" in 2010, my aim was to document our various camping adventures and road-trips.  Over time the scope has widened to include camping preparations, camp oven/thermal cooking experiments,  bush-walking/geocaching expeditions and other outdoor exploits.

Of course, we aren't always out and about, mostly we are home instead aka "Home(in)stead" - and so a second blog was started in 2013, prompted by our move to Victoria and our life on a 5-acre property. During our 2.5 years there we raised a calf, adopted chookies, built a vegie garden and generally dabbled in semi self-sufficiency.

There was a cross-over from September 2015 to February 2017. We left the property and used our small caravan as a base, while actively seeking an interstate relocation further North. It wasn't really camping - but we didn't have a home(in)stead, so I continued to post on Happy Hamby Campers during that period. 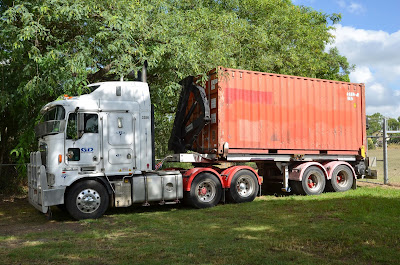 In February 2017 we (finally) relocated from Victoria to Queensland (about 700km North of our original New South Wales location and 1,700km from where we lived in Victoria).
In 2020 we celebrated our third anniversary as QLDers.  My postings here are infrequent but Hamby Home(in)stead remains active.
Top pic - our furniture and belongings arriving in Victoria (March 2013).  We didn't need the whole truck, about a quarter of the load was someone else's stuff (delivered after ours).
Bottom pic - after three months of heaving culling we packed all our effects into a 20-foot shipping container during August 2015.  That container was delivered to Queensland in February 2017. 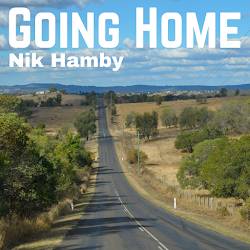 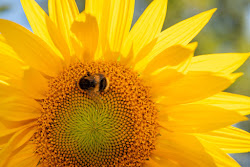 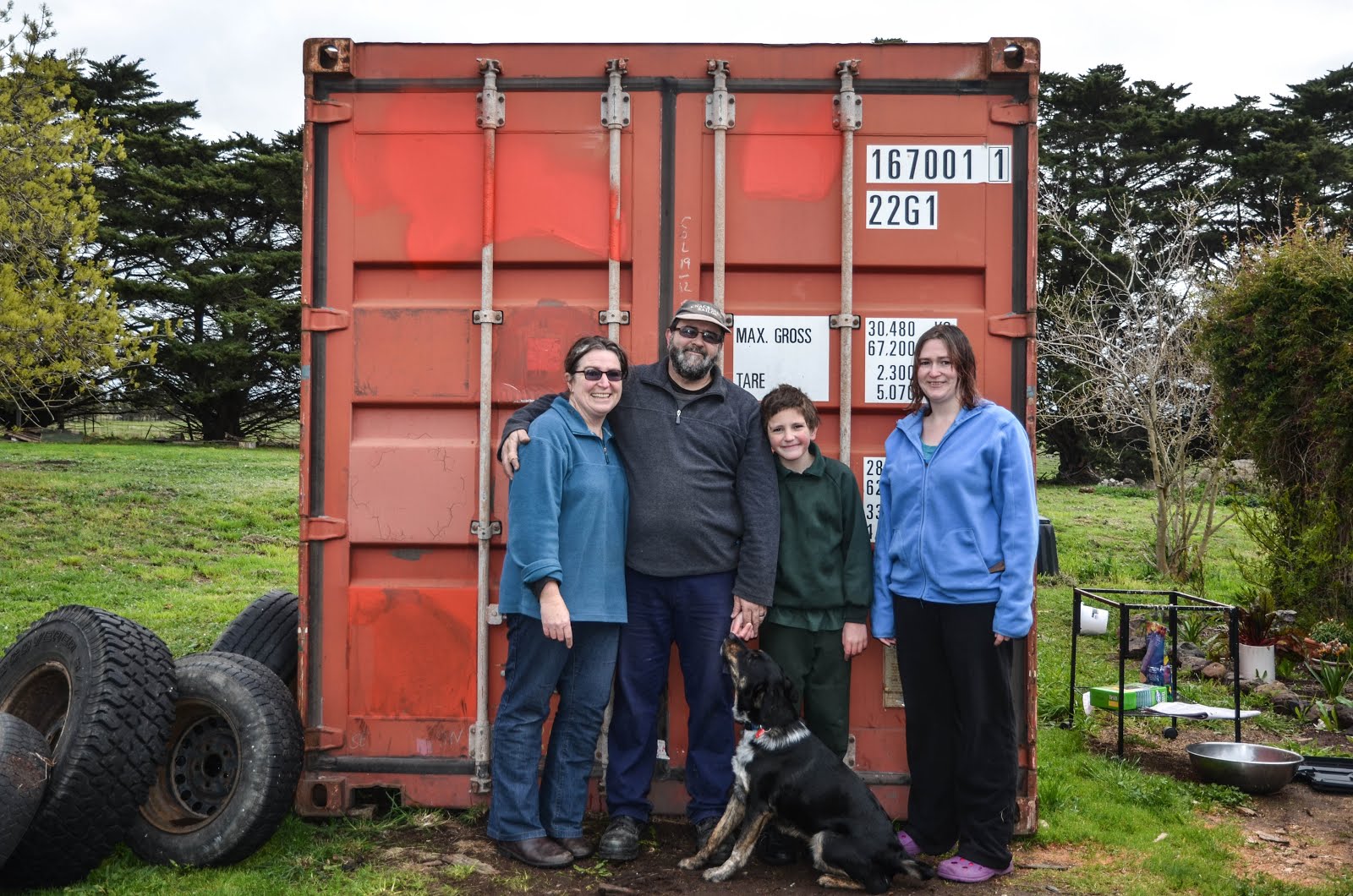 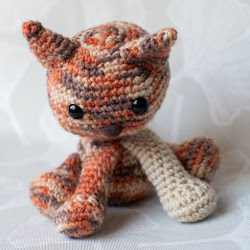